Now, more than ever, liberals are needed again. After the referendum there are many people in our country asking if the vote to leave was a vote for them to leave - leave their homes, leave their jobs, leave their friends. It was heartbreaking. But I will never forget visiting the Polish Centre in west London with Tim Farron in late June. It was founded in 1967, and the centre had never seen the kind of vile racist attack which they experienced in the days after June 23rd. Yet amid that horror, hundreds of people, having heard the news, sent messages of support and solidarity. Those cards, those letters, those flowers - those were all a welcome symbol of the real Britain that we love. And it is up to us now in the Liberal Democrats to speak up for every single EU citizen and to keep alive the country that they choose as their home.

We will be the opposition to this Brexit government. 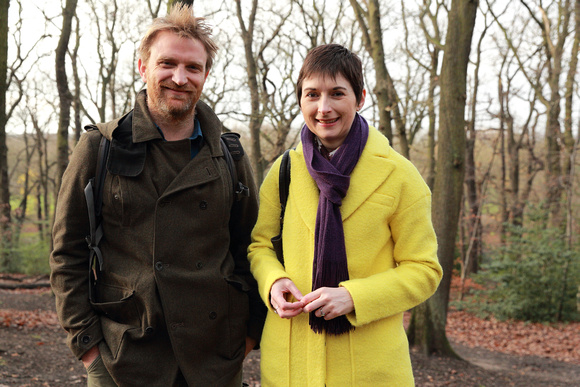 On Monday 14th December, Caroline Pidgeon joined Daniel Raven-Ellison from the National Park City campaign to walk through some of London’s wonderful green space and to talk about his vision for a Greater London National Park City.

Caroline and Daniel walked through Sydenham Woods in South East London and talked about the fantastic idea that would make London a national park.

London Live filmed the launch of Caroline Pidgeon's campaign to be the Liberal Democrat candidate for Mayor of London. Speaking at a nursery school in Islington, Caroline outlined her key priority of making childcare work for working parents: